This past weekend Brad Paisley continued his celebration of the 2015 college football season by taking his Country Nation College Tour presented by Zaxby’s to IMG College partner universities and providing free entertainment for the campus community.  He played to capacity crowds at the University of Texas, Baylor University and the University of Arkansas for a total of over 65,000 for the tour – so far.

All photos by Ben Enos. 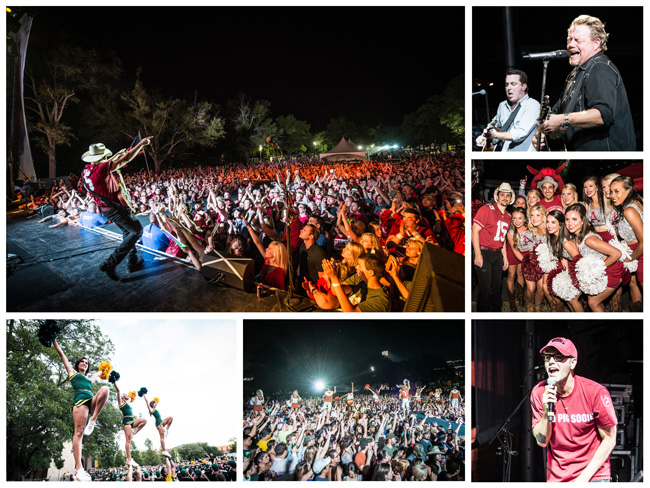