Country music superstar Brad Paisley has announced his 2017 tour, Weekend Warrior World Tour, which kicks off May 18 in Saratoga Springs, NY.  The tour will travel across the country and across the ocean this summer with tour stops in Norway and Sweden. Special guests on the U.S. leg of the tour will be chart-topping county star Dustin Lynch, hit maker Chase Bryant and rising star Lindsay Ell. Bryant will also be on the Canadian and Sweden dates and Ell will also be on the Canadian dates.

Paisley has partnered with Sarah Cannon, the Cancer Institute of HCA Healthcare, for Band Against Cancer to help spread the word of community-based treatment, options and support. As a tour sponsor, Sarah Cannon will provide on-site resources at each tour stop that are powered by askSARAH, Sarah Cannon’s cancer helpline. Sarah Cannon has adopted Paisley’s #1 hit “Today” as the campaign’s 2017 theme song.

As part of the partnership, Paisley is providing an opportunity for his fans to engage in the cause, by participating in a ‘Get One, Give One’ campaign for his new album LOVE AND WAR (released Friday, April 21). When fans purchase the new album for a special limited time price of $15 via www.bandagainstcancer.com and www.bradpaisley.com, they can send an additional free copy to a patient going through the cancer journey.

Brad Paisley is a critically acclaimed singer, songwriter, guitarist and entertainer whose talents have earned him numerous awards, including three GRAMMYs, two American Music Awards, 14 Academy of Country Music Awards and 14 Country Music Association Awards (including Entertainer of the Year), among many others. He has been a proud member of the Grand Ole Opry since 2001. Paisley has written 21 of his 24 #1 hits including his most recent smash, “Today.” The song has resonated with fans around the globe with the music video garnering over 42 million views, so far. “Last Time For Everything” is his current single from his 11th studio album, LOVE AND WAR, which was released April 21. It is his 9th consecutive studio album to debut #1 on Billboard’s Top Country Albums chart. On April 28 LOVE AND WAR was released as country music’s first ever visual album for a limited time exclusively on Apple Music. Paisley has partnered with Boot Barn® and developed an exclusive line of jeans, hats, T-shirts, jewelry, belts and woven shirts called Moonshine Spirit by Brad Paisley. Connect with Brad atwww.BradPaisley.com, www.Facebook.com/BradPaisley, on Twitter @BradPaisley, on Instagram @Brad Paisley, and YouTube at YouTube.com/BradPaisley. 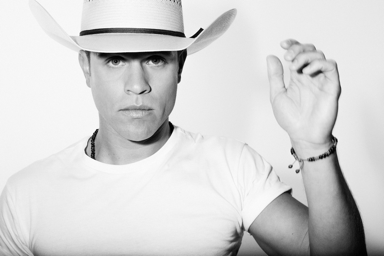 With four consecutive No. 1s, two Top 5 albums, PLATINUM-level certifications and back-to-back summers on one of the biggest tours in country music, Dustin Lynch has been on a steady path toward superstardom. The Tennessee native is taking it back to his roots with his current chart-rising single, “Small Town Boy,” off his upcoming third album. A soulful country groove built for windows-down cruising with a special someone, the track’s cool-handed declaration of love is a natural follow-up to Lynch’s hot-and-steamy No. 1 showstopper “Seein’ Red.” From catapulting to the top of the charts with traditional country (“Cowboys and Angels”), party-rockers (“Where It’s At,” “Hell of a Night”) and simmering romance (“Mind Reader”), Lynch adventurously continues to explore his musical evolution. He has impressively racked up over 85 million views on YouTube/VEVO, 175 million plus streams on Spotify, soared to #1 on the MTV Music Meter and sold over 3 million digital singles to date. Following two consecutive nationwide tours with Luke Bryan and a run last fall with Chris Young, Lynch is currently the featured supporting artist on Florida Georgia Line’s 2017 DIG YOUR ROOTS TOUR and will join Brad Paisley’s world tour beginning in May. Realizing his long time dream of creating a fashion line, Lynch launched Stay Country. The line of accessibly-priced men’s and women’s shirts, hats, and accessories, all emblazoned with the distinctive Stay Country logo, can be found online at https://www.staycountryclothing.com. For more information, 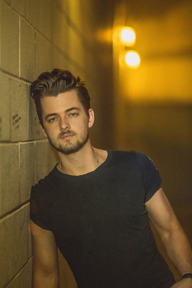 One of the most celebrated new artists in today’s country music landscape, 24-year-old Chase Bryant was raised in Orange Grove, TX (pop. 1,200). Bryant’s grandfather played piano for Roy Orbison and Waylon Jennings. His uncles co-founded the group Ricochet. Conway, Merle, Petty, Vince, Bob Wills, Steve Wariner, Bryan Adams and more were early influences as were records by Keith Urban, Sarah Buxton and Jedd Hughes. Bryant’s second consecutive hit “Little Bit of You” rose to #3 on the country radio charts. His guitar-wielding Top 10 debut single “Take It On Back” spent 15 consecutive weeks on the CMT Hot 20 Countdown, seven weeks on the GAC Top 20 Country Countdown, and was a Top 20 Most Watched Video on VEVO TV Nashville. Internationally, the single was a Top 20 hit in Canada and earned the #1 spot on Australia’s CMC Countdown. Bryant brings these hits to life across the globe in 2017 as he tours as part of Brad Paisley’s WEEKEND WARRIOR WORLD TOUR, including select international dates across the US, Canada and Europe. 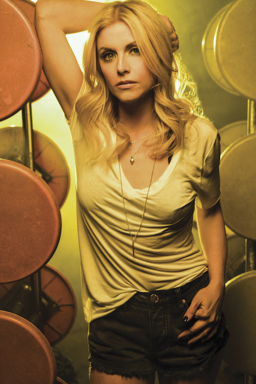 Named one of The Huffington Post’s “Top Country Artists to Watch,” Lindsay Ell is a triple threat:  accomplished musician, unique vocalist and songwriter. The young Calgary native learned to play guitar while traveling with her father to country-bluegrass camps as a young girl. Ell honed her craft as a musical stylist and songwriter after being discovered by BTO and The Guess Who’s Randy Bachman (“American Woman” / “Taking Care of Business”) who discovered her at the age of 13.  The multi-instrumentalist was soon touring alongside the likes of Luke Bryan, Buddy Guy, The Band Perry and Keith Urban as well as wowing audiences as Carrie Underwood’s guitar player live on the 50th Annual CMA Awards and holding her own alongside icon Melissa Etheridge on Skyville Live. A 2016 CMT Music Award and Canadian Country Music Award nominee, Ell exhilarated audiences from coast-to-coast as part of the 2016 CMT Next Women of Country Tour and is featured on Brad Paisley’s 2017 WEEKEND WARRIOR WORLD TOUR. Ell’s highly anticipated digital-only debut EP, WORTH THE WAIT (produced by GRAMMY winner Kristian Bush of Sugarland), debuted at  #8 on the Nielsen Soundscan Current Country Albums Chart. For more information visit: http://www.LindsayEll.com.

*Tickets are available at LiveNation.com and MegaTicket.com

All tickets are available at bradpaisley.com