The world-famous Tootsies Orchid Lounge in downtown Nashville was taken over last night by country superstar Brad Paisley and a few of his friends, including Rock and Roll Hall of Fame member John Fogerty, Country Music Hall of Fame member Bill Anderson and Hip-Hop/R&B artist-producer Timbaland. Earlier in the evening at the Country Music Hall of Fame, Paisley celebrated the release of his new album, LOVE AND WAR in tandem with the announcement of a partnership with the 2017 Sarah Cannon’s Band Against Cancer campaign 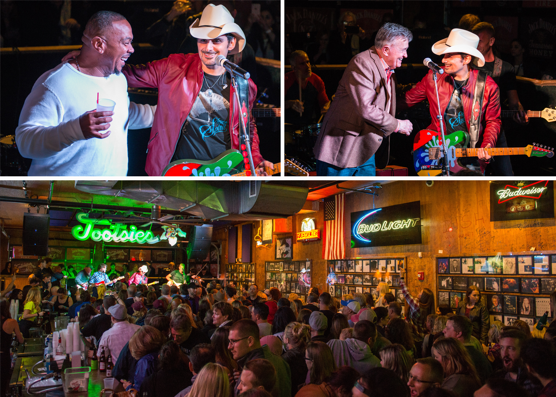