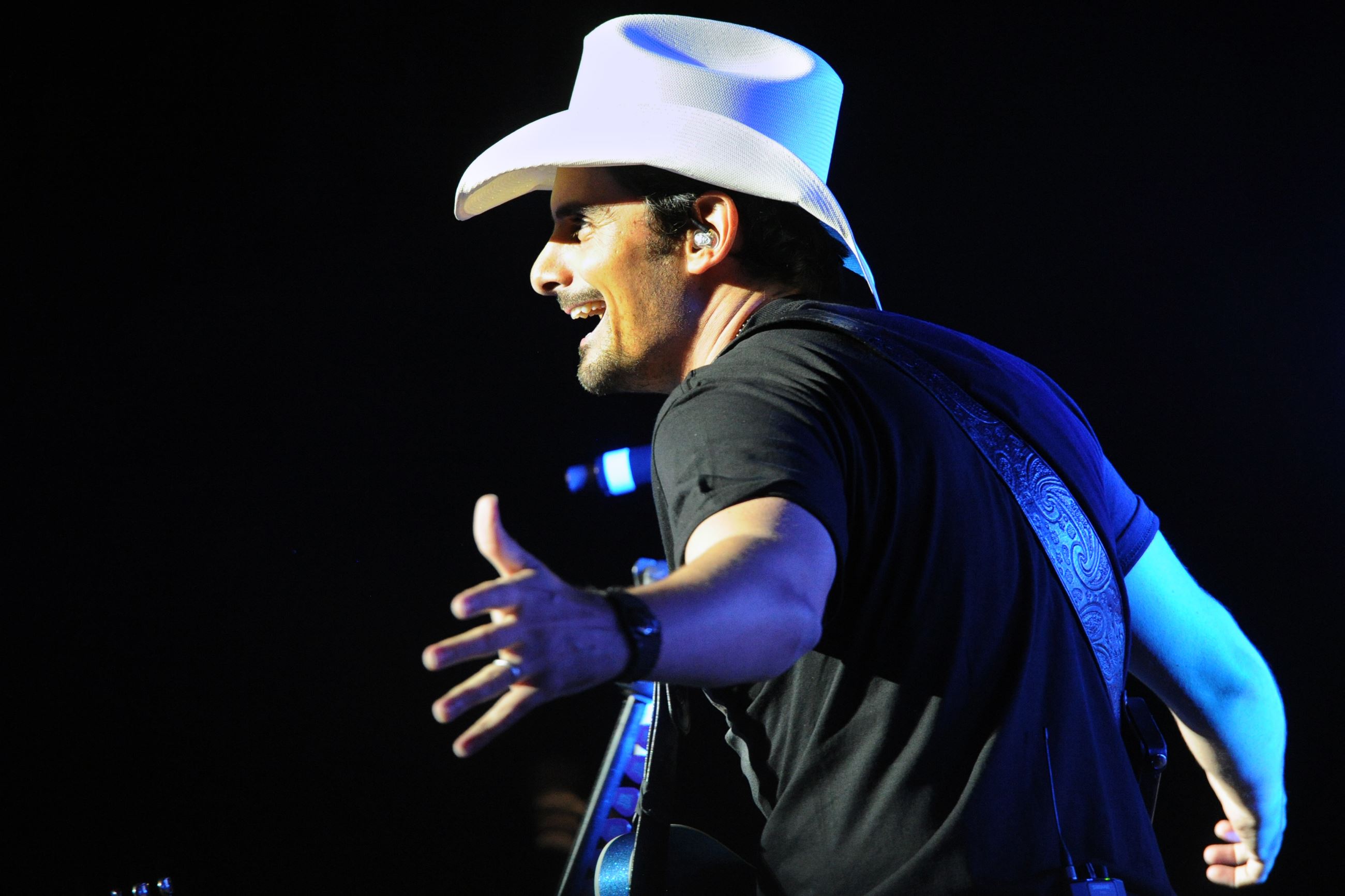 The set for Brad Paisley’s Crushin’ it tour came complete with a two-level main stage, B-stage in the middle of the crowd and 60 foot television screen. So, naturally, the country star brought a 10-year-old boy on stage during his song “Time Warp” to play a larger-than-life game of Mario Kart.

“What happens when a bunch of hillbillies wind up with a 60-foot television screen?” The country star asked the crowd gathered at First Niagara Pavilion, “They hook-up a Nintendo to it!”

The Crushin’ It world tour, named after Mr. Paisley’s most recent single, brought a country-style party to Pittsburgh both on-stage and off on Friday night.

Up-and-coming country star Mickey Guyton kicked the show off with songs like “Pretty Little Mustang” and “Why Baby Why” from her self-titled EP and her single “Better Than You Left Me,” which peaked at 35 on the U.S. country charts. The down-to-earth performer talked to the crowd like she was talking to friends as she introduced each of her songs, which tended to stay on the smooth, mellow end of the country spectrum.

Justin Moore came on stage for the second act with a large, white cowboy hat, Steelers t-shirt and an abundance of twang as he kicked off with “Till my last day” and “Bait a hook,” swinging the mood of the concert to the other side of the country spectrum as he encouraged the audience to get a little rowdy.

The “Small Town Throwdown” singer did slow it down in true country music fashion with a tribute to the men and women in the armed forces as he asked the crowd to raise a cell phone or lighter to “Heaven Wasn’t So Far Away.”

When the lights finally dimmed and the big screen flashed a 30-second countdown to “happy hour,” Mr. Paisley appeared on the second level of the main stage.

The set came alive as a group of contest winners and VIPs gathered around a fully functioning bar complete with bar stools and velvet rope. Ms. Guyton and Mr. Moore sat on the bar stools opposite the VIPs as they waited for their cues for “Whiskey Lullaby” and “I’m Still a Guy” respectively.

As “I’m still a Guy” ended, Mr. Paisley and Mr. Moore turned to face the television screen and shot imaginary shotguns at pixilated video-game ducks and deer before the screen ultimately declared Mr. Moore the winner.

For the guests that couldn’t be there in person, the “Southern Comfort Zone” singer made sure they could be there through video or FaceTime.

As Mr. Paisley prepared to perform his award-winning single, “Waitin on a Woman,” the singer moved to a stage set up in the middle of the crowd, and, as he started playing “Remind Me,” he held up his phone and the FaceTime dial tone sounded through the auditorium. Moments later Carrie Underwood appeared on the screen — just in time for her cue — and sang the duet with Mr. Paisley. The pair’s generic banter at the end hinted that the call might actually be a recording. Regardless, the duet was appreciated.

Throughout the concert, the country music star paid special attention to the younger audience members. In the beginning of his set, Paisley took out a sharpie, signed his acoustic guitar and handed it to a young boy in the audience saying that he would see him on stage in ten years.

The Mario Kart playing 10-year-old left the stage with a victory over Mr. Moore’s high score and an electric guitar of his own.

The tour has 24 stops left before its conclusion in West Palm Beach in October.